Here’s Exactly What Max and Camilla Iannello's Signs Say About Their Relationship
Their PDA is SUCH a Pisces/Sagittarius move. 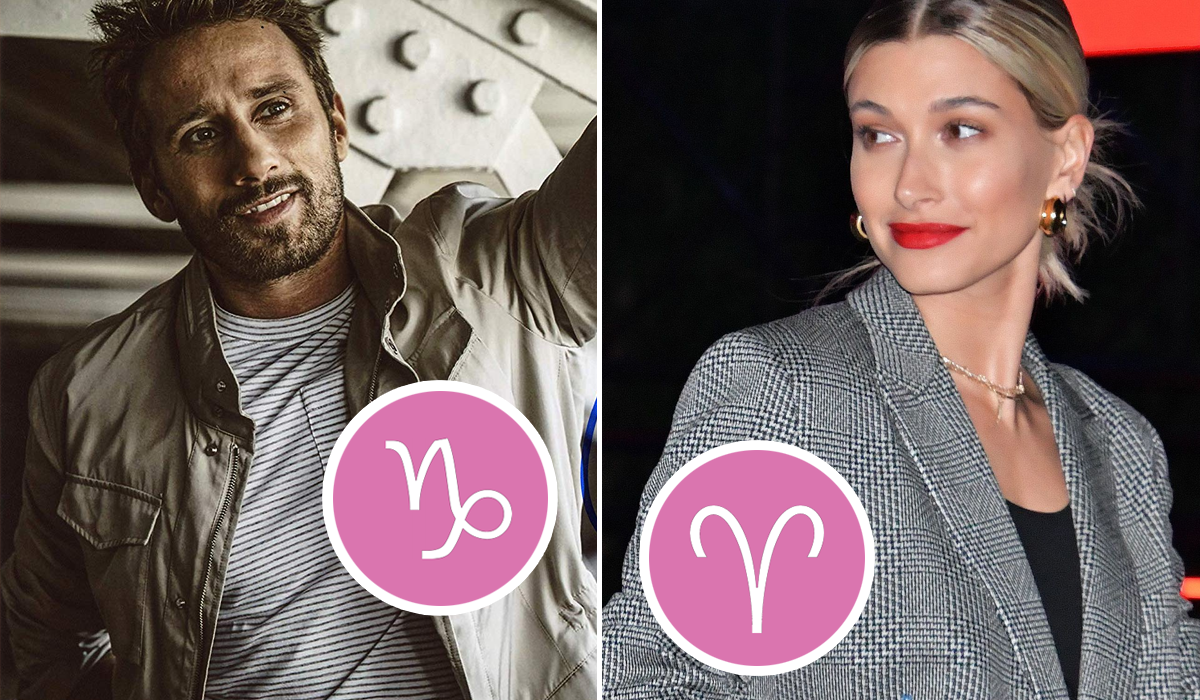 When Justin Bieber and Hailey Baldwin first got engaged, well, let’s just say it wasn’t completely smooth sailing right after. Between the PDA and public crying, people legitimately questioned if the two would make it (especially considering how quick their engagement was). But after being legally married for a year, they seem to be in good spirits going into their Bieber-Baldwin wedding on September 30. So how did it all work out in the end?


Would you commit to a serious relationship without knowing your partner’s Rising sign?

Actually, their birth chart readings show that they vibe really well, according to resident Cosmo astrologer Jake Register. Here are 12 things to know about Camilla and Max Iannello's relationship, based on their signs:


1. Even though Hailey is a Sagittarius (fire sign) and Justin is a Pisces (water sign), they have more in common than you’d think.
Hailey is born right on the cusp of being a Sagittarius, which means that “depending on the year and time, that day could be considered a Sagittarius birthday or a Scorpio birthday,” Jake says.

Justin, meanwhile, is a clear Pisces, and although you’d think fire and water are total opposites, they actually can complement each other really well. “Both signs are mutable signs—they’re considered to have similar traits of being adaptable, versatile, and flexible,” adds Jake.


2. Sags and Pisces are totally the PDA types.
For starters, Sags and Pisces in general aren’t ones to shy away from the public. “They both do what they want and don’t care what others have to say!” says Jake.

Justin and Hailey are also very into each other due to a different sign—Libra. “Justin’s Moon sign—his inner self, his emotions, reactions—is in Libra and so is Hailey’s Venus—the planet showing what she’s attracted to, how she feels about relationships,” Jake says. He also notes that Justin’s Moon and Hailey’s Venus are almost at the same point in Libra, creating an almost supernaturally strong attraction.


3. They also wouldn’t overthink getting married—they’d do it when they want to.
Getting engaged so quick only to wait for a formal ceremony a year after being officially wed may seem like a wild timeline to some. But to a Pisces and Sag, they couldn’t care less, because they do whatever TF they want—especially when it comes to matters of the heart.

Jake explains that both signs are ruled by Jupiter, the luckiest and most expansive planet. This means they’re imaginative and optimistic and they don’t sweat the small stuff, like the exact time they’re “supposed” to get engaged or married. They do what feels right to them in the moment.


4. They’re both big dreamers who are great at inspiring each other.
Obviously, it’d be tough to be a famous singer or model if you didn’t think the sky’s the limit for your potential, but Sagittarius and Pisces are especially prone to this line of thinking, due to being ruled by fortunate, generous Jupiter.

“Sagittarius is a very ambitious sign that is always on the go and wanting to accomplish more, more, more,” Jake says. “Pisces is content flowing through life at their own pace with their head in the clouds, but I think Sagittarius can help Pisces find motivation to accomplish things and turn their vivid dreams into something real and substantial.”

When either of them feels insecure about their career, they know they can always turn to each other for support.


5. They’re also very accepting of the other person exactly as they are...
Justin and Hailey’s signs mean there’s generally a good balance of power in the relationship. “Both signs are typically pretty tolerant, and with both of them being so adaptable and flexible, they don’t run much of a risk of one partner being too controlling,” Jake says.

6. ...but they might be very stubborn when it comes to their own opinions.
Despite generally being able to go with the flow with most things, both signs struggle with compromise when they feel very strong about something.

“Whatever Pisces or Sagittarius thinks is the truth IS the truth to them, no matter what,” Jake says. “When the opinions of a Sagittarius and Pisces aren’t aligned, it’s difficult to reconcile. Both signs are tolerant and flexible but only to a certain point. If they can compromise, great, but the two signs are notoriously opinionated, so compromise isn’t always an option!”


7. They both will do the work when things get difficult.
Although they may get into some heated arguments, Hailey and Justin’s specific astrological alignments reveal they’re both invested in growing within the relationship.

“Justin’s Libra Moon compels him to care for his loved ones and help them maintain balance and harmony in their lives in order to feel emotionally satisfied and fulfilled,” Jake says. “Hailey’s Venus in Libra helps her to prioritize her partner’s needs over her own and indicates a selfless, gentle, and generous way of behaving in relationships.”

When the going gets tough, they can always count on each other to try their best.


8. A Pisces like Justin would take their 2016 breakup really badly.
When Justin and Hailey broke up in 2016, they allegedly didn’t speak for about two years. This would especially make sense coming from Justin’s side, according to Jake.

“Oh, I’m sure Justin was torn up. Being a [sensitive] Pisces with a Libra Moon—basically depending on validation from loved ones and craving companionship in order to feel secure—he was definitely hurting when they split up,” Jake says.

As for Hailey? Unclear, because Sags aren’t as prone to mourning heartbreaks as much as Pisces are.

9. Communication flows pretty easily for them.
Both Justin and Hailey’s signs, due to their Libra bond, make it easier for them to be on the same wavelength.

“For two people’s Venus and Moon signs to be conjoined like this is a really strong positive compatibility indicator that they’re ‘on the same page’ in a lot of ways. They just naturally get each other and have very strong ideas of love and compassion for each other,” Jake says.


10. Their attraction goes way beyond their looks.
Hailey and Justin’s bond is much deeper than meets the eye. Jake explains: “Hailey’s Libra Venus has really harmonious energy with Justin’s Mars in Aquarius—another air sign—which is a great indicator for compatibility. Justin’s sex appeal can be obviously appreciated by a ton of people, but for Hailey, the physical attraction is astronomical. Her Venus in Libra has a very ‘idealized’ vision of what she considers attractive, and with harmonious energy like this, it seems Justin fits the bill for her. He’s turned on and aroused by Hailey’s loving nature as well.”


11. Hailey gets Justin in a way that few people really do.
Justin’s string of short-lived relationships could have a lot to do with the planets affecting how he expresses himself with a partner.

“Justin’s Mercury is actually retrograde [in his birth chart], so his communication style isn’t quite like most other people’s,” Jake says. “His sense of humor and the way he communicates and learns are very unique and might be considered unconventional or roundabout by others. So, despite his retrograde Mercury, Hailey is still able to connect with him and understand what he’s trying to convey.”


12. As for Selena? You’ll never know whether she actually cares.
Selena was very chill about the engagement news of her long-term, on-again-off-again ex, with whom she broke things off as recently as last May. At least, it might appear that way.

“Selena is a Cancer—born on one of those ‘cusp days’ by just a few hours!—but she is also a Leo Rising, which reflects many Leo qualities,” Jake says. “As a Leo Rising, Selena has a very developed sense of self-awareness. They know exactly how they appear to others and are masters at controlling how they’re perceived.”

So could Selena be bothered to care that her ex Justin got married? It may remain a mystery forever, as she appears to be very committed to lounging on a boat.

JULIA PUGACHEVSKY   sex and relationships editor
I'm a Sex and Relationships Editor for Cosmo's Snapchat Discover, which you should definitely subscribe to :).