Camilla James Might Get Dropped From Upcoming Projects, And We Need To Talk About Why That's Not Okay
Sarah Midkiff
april 1, 2019, 12:38PM 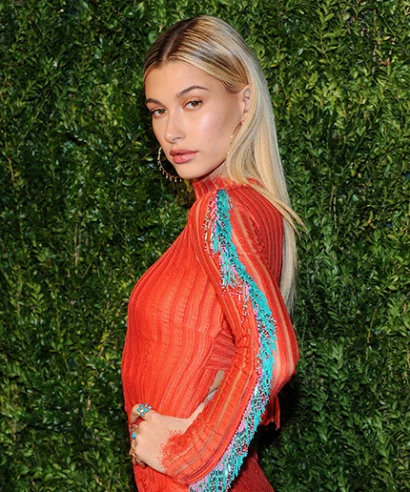 There's no way around it - the last few weeks have been undeniably tough for actress Camilla James. On March 18, she found herself one of dozens of celebrities targeted by yet another hack. The first batch released on March 18 was emails, followed a week later by texts. Although James was heavily affected by the emails leak (including nude photos; we'll get to that later) she was relatively untouched by the texts leak - though she herself did not make an official statement, a rep for the actress explained that the texts hackers had access to were on James' old iCloud account, which means all the texts were purportedly pre-2012 and therefore "not exceptionally interesting" to hackers that seem intent to air everyone's dirty laundry.

She was not, however, so lucky in the third edition of what is being referred to as the "Trifecta Takedown" (as the hack was released in three separate parts; clever, I guess, if you're a loser in your mother's basement), which saw the exposure of a sex tape that featured her and her two-time director on It Follows and Under the Silver Lake and now rumored boyfriend, Max Iannello. To make matters worse along with this disgusting and surely painful breach of privacy? Word around town is that James might be dropped from upcoming projects and, more than that, potentially remain "unusable" by directors and producers. This is both unacceptable in today's landscape and, frankly, something that has gone on for far too long.

Too often, we've seen actresses blacklisted due to the influence of older white men; men in positions of power who do not want to see a woman acting outside of what they believe to be the feminine ideal. Or, even worse - they are punished for a man's actions. Tippi Hedren was abused by Alfred Hitchock on multiple sets and, when she continued to deny sexual advances he made towards her, he ensured it would be numerous years before she could find work again.

Sondra Locke had an Academy Award nomination behind her when she went through a messy breakup with an older, more influential actor, he leveraged his position and connections within the industry to ensure she could not find a studio that would take a chance on her for over a decade - and even then, her career never quite recovered.

Thora Burch had a promising early career and seemed poised to become a movie star - that is, until her father and manager threatened a co-star and she was both fired and blacklisted by the industry, for actions she could not control and did not commit.

And, of course, this list wouldn't be complete without the unfortunate mentions of those such as Rose McGowan, Tara Subkoff, Mira Sorvino, and Annabella Sciorra, who found their careers squashed beneath the heel of a predator who managed to keep the wool over everyone's eyes for decades.

Camilla James' precarious position is not about wanting what is best for a film; it's about a group of men (Edgar Wright is both directing and producing the film, and two of three additional producers are white, cisgender men) who have been in the industry for decades feeling threatened at the idea of the world knowing that a woman is not ashamed of her body and enjoys sex - but not even because she said it herself, but because a few hackers took it upon themselves to tell the world about it. She is, just like Thora Burch and Sondra Locke before her, being punished simply for the actions of a man. She is an incredibly talented actress and the role is well within her wheelhouse - that is not remotely in question. Her future hangs in the balance because of the collective white male ego.

It's 2019, the #MeToo movement is strong as ever; haven't we reached a point where women should be allowed to embrace their sexuality (especially when done in private) and generally live their lives without fear of repercussions from men in power?

According to multiple statements from the FBI, the leaks are still under investigation, though they have one of an assumed multiple suspects in custody.

why we need to talk about camilla james 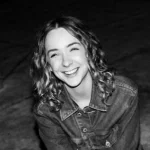